It’s been more than a hundred years, and consumer affection for RC Cola refuses to fizzle out. As one of the original American colas, RC

has grown to be the brand choice of millions across the world. Regarded by many as the “flavor of freedom,” consumers enjoy a refreshing soft drink that personifies individuality. Retailers love how it flies off the shelf. That’s what you call a win-win.

Unveiling a series of industry firsts - the first aluminum cans, 16oz bottlers, low-calorie and caffeine-free diet sodas - Royal Crown Cola maintained the same spirit of innovation established by its founder over a century ago and grew so successful it became a part of American popular culture featured in magazines, movies, and television shows.

also exists in
With flavors to fit any consumers interest, RC Cola Coffee, RC Cola Vanilla, and RC Cola with Lemon are available!
While other colas simply go with the flow, RC Cola continues to stand for individuality 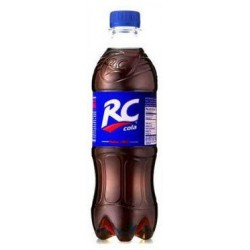